As If To Say I Hate Daylight 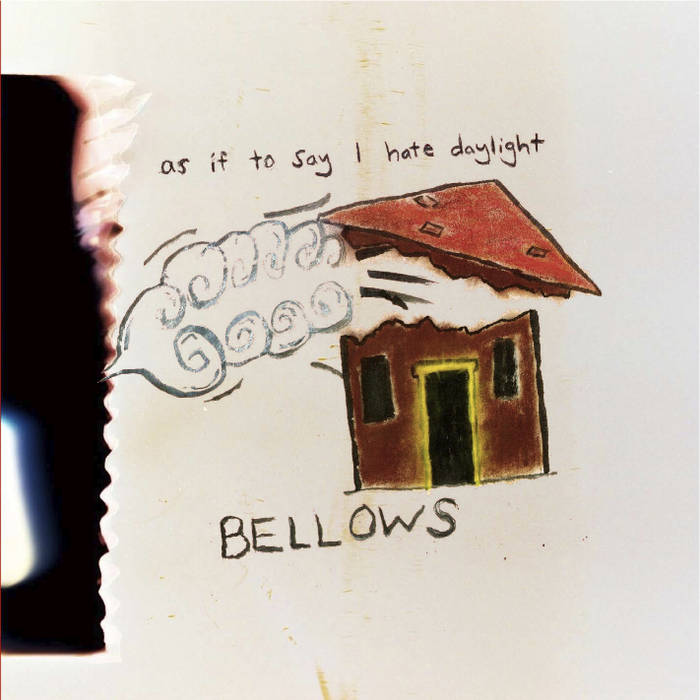 Callum Downes An existential anthem Favorite track: Am I? Or Was I? Because I.

Avocado Andrew such an honest release Favorite track: You are Not.

Bellows began in late 2010 as my recording project--I am Oliver Kalb. I recorded "As If To Say I Hate Daylight", the first Bellows record, throughout Spring 2011 and put it out myself in August of that year. The album is recorded using one microphone, using natural and acoustic sounds that came out of the woodwork of the floor in my house. "Daylight" is an album about freezing to death and thawing the ice to be summoned back into existence

"It doesn't sound like it was recorded underwater with your Dad's old camcorder like some "Lofi" artists... Songs are sung low and almost in a mumble, the instruments utilize natural acoustics and reverb, the words are important and tell the tale of life with clever wordplay, very Antifolk. Every element of the songs presented is intimate (even when distant), especially the vocal which in songs like "Tiny or Tall?" stays subtle and personal while the production seems to breathe with growth and evolution." - Cincinnati Examiner

"The band starts most songs off on a pretty standard foot with sweet hooks, melodies, and all the trimmings -- then switch gears about 3/4 of the way through, over filling the composition with more tracks, more kinds of instruments, and sometimes sets the whole shebang at a wobbly, loping pace. Is the off tempo instrumentation an accident of recording, or intentional? There are definitely some gems here, and the maximalist funkiness will give you something to chew over." - QRO Magazine

"Its a pretty awesome lo-fi pop thing" - Effort is Hard

"When I listen to Bellows' As If To Say I Hate Daylight, I think New England Transcendentalism. The album is Sufjan Stevens by way of Thoreau, with delicate verses atop intricate guitar, punctuated by wild yelps that cry out to the forest sky. The delivery channels the intimacy of Elliott Smith, but without Smith’s overbearing sorrow. You detect neither anger at the past nor anxiety about the future. Instead, you get the wonder of the now. The miracle that is birth, of love in relationships, of friendship among peers where no one else has rank or title over the other. Of the difficult process that is growing into manhood... The album ends with the song “I Am Building a House.” Because every rebel eventually realizes the need to construct his own institution, his own home. And so life experiences become the brick and cement which we construct around ourselves. Yet, the house is built to fall. Salt is not applied to the foundation. Eventually ice will develop and it will all collapse. And then you will be free. When more people tear down the walls that separate them from one another, then true friendships can be had, true relationships experienced. God in the Now. Transcendence." - Public Sounds

Originally released in August 2011, this album was reissued and remastered for Burst and Bloom, a small New England record label.